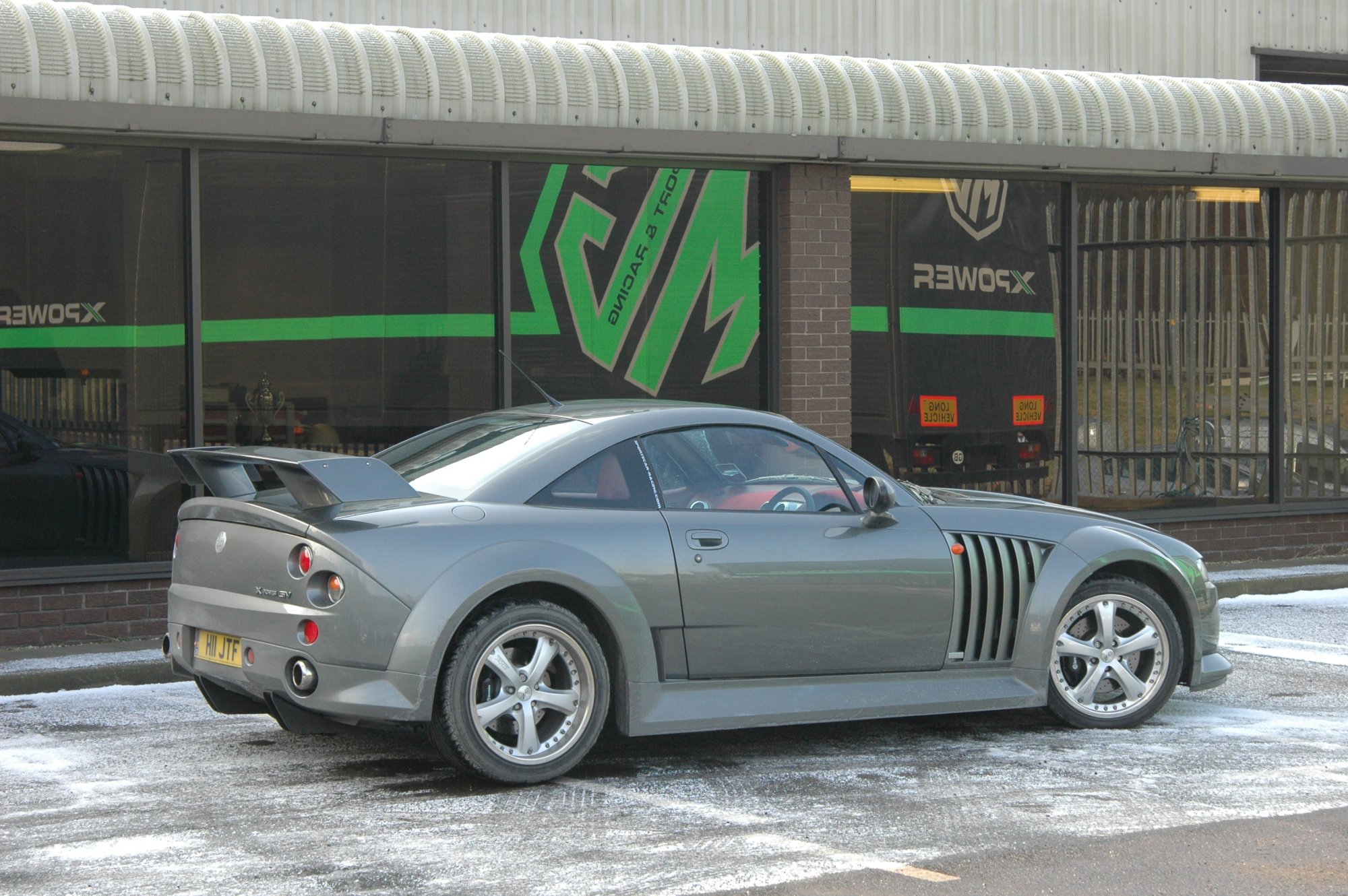 Overview and Reason for posting: Many moons ago I was excited with everything MG had to offer and one such car was the XPower SV. I ordered the car on launch at the

Birmingham Motor Show with a £1000 deposit and then subsequently cancelled as the price increased exorbitantly. Needless, to say I bought No115 from the administrators when MG went into receivership. As I recall the price was £44,950, which I thought was fair for a Carbon Fibre shelled one-off. After 18 months of ownership and 5000 miles I parted company and replaced it with a BMW 335D, the car was underwritten by Elite Autos and I believe the trade-in with Dick Lovett Swindon was £29k. Why did I sell, I wanted perfection, and it wasn’t giving me the feel good feeling I craved and expected? I had a few minor niggles with the car which and as I fully admit I suffer from OCD and the these niggles didn’t help, all of which I can say were mostly rectified. See below, the only items that could not be fixed were the window closing and self cancellation of indicators.

Furthermore,  I sold the wrong MG first, only because it was very saleable, the 6R4 and this one had to go after. I should have kept the 6R4, such is life. Anyway, imagine my surprise when I saw it advertised and then up for Auction this week.

The auction reserve was £38-44k, which I thought was ambitious. However, the auction has now just closed and it very nearly reached the figure (£36k). I wouldn’t want to admit to my partner, but today, not withstanding the “minor niggles” I would consider repurchasing the car, but for something nearer I sold it for. Yes, there are people, usually SV owners who say they are worth much more, I personally don’t think so, as there is very little support in the real world for these cars and parts supply could become prohibitive.

During my tenor I modified the car slightly and had the following issues (as I recall).

Very useful link for information on the XPower SV: http://www.mgsv-club.com

It’s often said if you’re going to go out, then you go out with a bang. As a last-minute ditch to bring a rapidly declining MG Rover back in line to its original philosophy, MG Rover decided to get themselves a fully developed front-engined sports car that had already been homologated for the US market. Now as a company that was precariously selling a number of outdated family cars, it could almost be compared to someone deciding to ignore the boring but important bit of a film and fast forward to watch the glorious but doomed ending…

Let’s try and make sense of this fascinating story of the MG Xpower SV. To understand the car’s background, and how this project took off let us go back to the original car.  Dealing with Italian companies was nothing new for MG Rover, having forged a connection with styling schools Pininfarina and Michelloti in the ’60s. There was also an agreement with De Tomaso in the ’70s to produce BL cars under the Innocenti badge in Italy. It’s this connection with De Tomaso that forms the basis of the MG XPower.

The MG Rover management, aware of the costs and development of putting a high-priced sports into production, had snapped up an opportunity to use a ready-built prototype, employ the skills of Peter Stevens to restyle the car and get it ready for sale within three years. Starting life as the De Tomaso prototype called the Biguá, the 4.6 Litre Ford Mustang powered open-top car debuted at the 1996 Geneva Motor show. Guided by Kjell Qvale, who was well known within British motoring circles for having both bought out Jensen in 1970 and importing Subarus as part of the International Motors Limited, Kjell Qvale saw the potential in the Biguá for export in the US. It was renamed the Mustang for production but it struggled to sell and less than 300 found homes.

MG Rover also saw potential in the concept, and subsequently bought out Qvale and his car, with the intention of using the platform for an MG supercar. The idea was to rival the XK-R Jaguar with ambitious plans to produce 10,000 cars a year. Marketed as a racer rather than a cruiser, the restyled car was badged as the XPower SV. Offering blistering performance, with the capability of high states of tuning it was released for sale in 2004 to an interested public.

However by this time MG Rover was in serious trouble, and the question of producing a high-end sports car for a limited market instead of designing a replacement for their ageing series of family cars joined the long list of bizarre but well-intentioned decisions that had coloured in the organisations’ history. As stated in the first sentence, the frivolous but imaginative project was clearly a good piece of PR, but at £82,000 for the top-end version, one has to think what planet was the management on? MG Rover folded just a year after the launch of the car, resulting in just 82 being produced. Two original versions were available, both with Ford Mustang engine – the original SV with the 4.2-litre unit, or the later 5.0-litre 32V model.

Update: 3 September 2020: The second owner is auctioning this car for between £38-44k, link here. The listing has many more photos and a sheath of invoices the second owner has accumulated. Looks to be in good condition, only detrimental aspect is the front splitter doesn’t look even below the carbon fibre. Would I like to own it again, maybe I would but at a much lower price than the suggested price. As of writing the latest bid is £36,000, with hours to go.