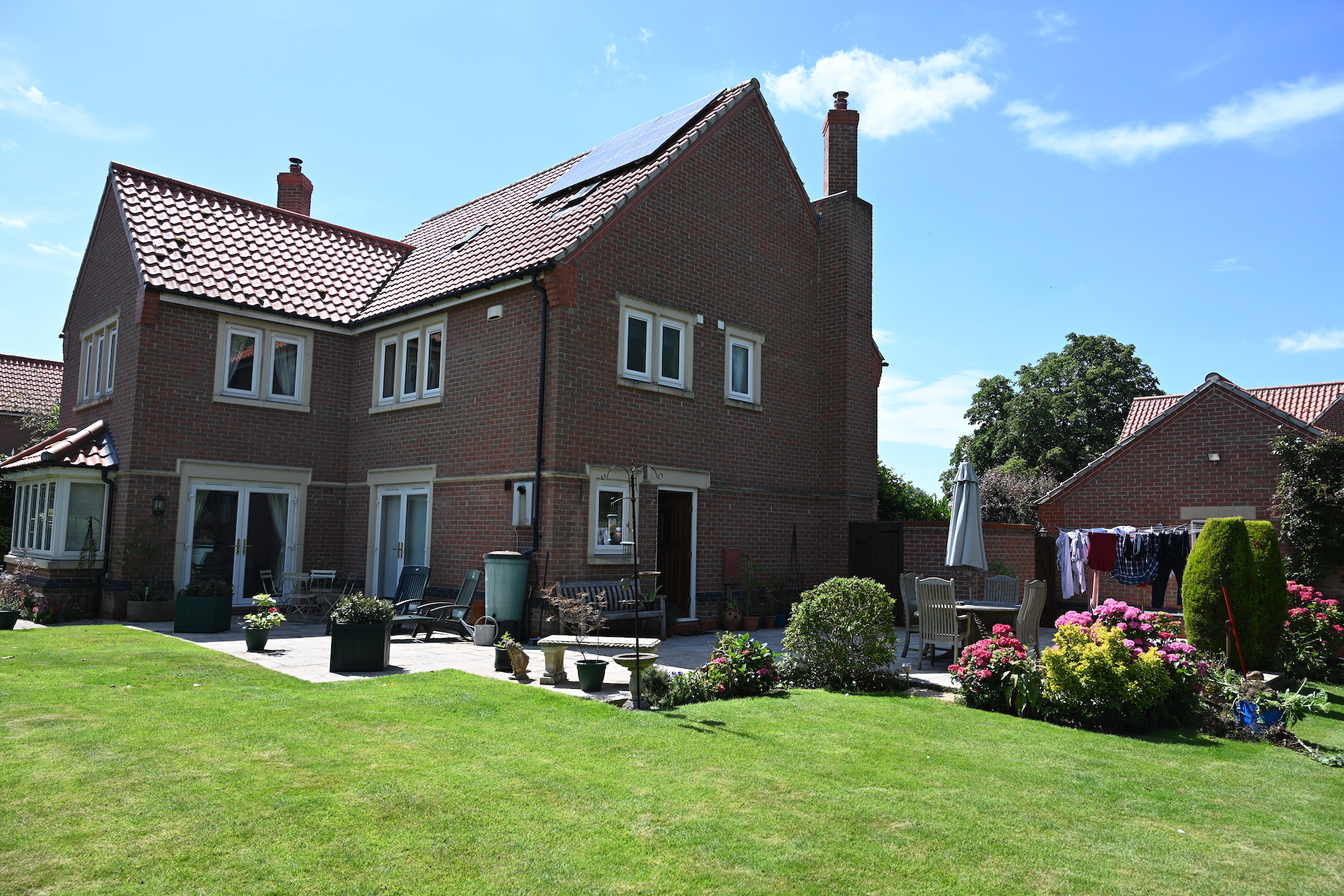 We moved into a small Lincolnshire village just over a year ago. The idea was to buy a house reasonably close to relatives that needed little or no work and paid for.

As no mortgage was required, we did not have an extensive survey, first mistake, more of this later.

Overall, we are very pleased with the house. To date only essential maintenance commensurate with a property of this age has been done.

Unfortunately, after living through the rains last year we discovered two leaks in the roof, clearly these had to be rectified ASAP. One was at the ridge at the front and the other a ridge near a chimney breast. We also identified that the roof had been repaired before.

The second item, was the oil fired boiler which failed, we had it repaired and later had a Nest controller added and fitted by KBR. They boiler has since replaced with a Grant Vortex External system 26/36 oil boiler. The Nest is fantastic and we love it, had one fitted at the previous property and the new boiler is quiet and efficient. The old boiler once removed, required some brick work and plastering to fill the hole it came out of. KBR contact: info@kbrgas.co.uk The above picture shows the old boiler and a water butt, which we moved to somewhere less visible, it fills up in series with another installed by the previous owner.

The above points we would have noticed if we had we had a full survey.

Other than the above the remainder is cosmetic work. The previous occupants did a lot of planting in the garden, much of which we have retained. However, we have removed much of the honeysuckle and planted some grasses and roses. For added security and privacy we have planted some more laurels to complete the partial hedge. We had to move the Sky aerial as it was blocked by trees, subsequently the trees have had a 25-30% reduction by a professional tree surgeon. Also, in the front, we have removed all shrubs, planted a Beech hedge and laid turf (plus some Spring bulbs).

My wife has just painted the shed, that had soil backed onto it, we removed the soil a while ago, alongside an unsafe long store. Max, has also, removed rotting railway sleepers and slabbed these areas to make them more durable. Hopefully, all these improvements will extend the life of the shed, as the backed up soil was damaging one of the shed sides.  In the garden, a couple of fence posts that have aged required replacing as they had rotted in the ground. Next phase in the garden are some Phillips Hue garden lights (added these inside the house and they are brilliant).

Obviously as you move into a new house, curtains have had to be bought, as yet we have bought no carpets, these will replaced in the primary rooms, such as living, bedroom and hall in the near future. However, we are looking into converting the attic into a large family room. two similar houses too ours had already had this done at the time of build. We have to find a suitable builder, as is appropriate. When you do things like this you get to know about the local specialists, especially by word of mouth. KBR, told us about a great plasterer, the plasterer has told us about a builder and so it goes on. In the room, some false bricks have been added to make the fireplace look aged, we also plan to remove these.

My only negative is that the garage is not wide enough. I have thought of extending it, although the best solution would be to move house, don’t tell Mrs F.